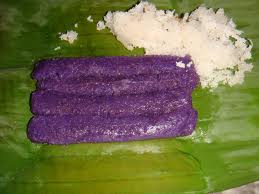 How to make Puto Bumbong:

Puto Bumbong, traditionally made from a special variety of heirloom sticky or glutinous rice called Pirurutong which has a distinctly purple color, soaked in salted water and dried overnight and then poured into bumbong or bamboo tubes and then steamed until done or steam rises out of the bamboo tubes.

It is served topped with butter or margarine and shredded coconut mixed with sugar.

Puto bumbong is the most sought after delicacies at Christmas time. During the simbang gabi or the Christmas Eve mass, people would line up to their favorite stalls outside the church just to have a taste of this favorite Pinoy delicacies.

3. Mix food color while the glutinous rice is being ground.

4. Wrap the ground glutinous rice on a piece of muslin cloth and place it in a strainer to drain excess liquid. Another technique in draining excess liquid is by pressing a heavy object that has been placed over the muslin cloth.

5. Once the ground rice has slightly dried, rub it against the screen of a strainer to produce coarse grained rice flour.

6. The rice flour for making puto bumbong is now ready to cook. Fill each bamboo tube (bumbong) with just enough glutinous rice and put them into the steamer. See to it that the steamer contains boiling water.

7. Steam rice flour in the bamboo tubes for 10 minutes.

8. Once cooked, shake out the contents of each bamboo tube or remove the cooked glutinous rice from the bumbong with the help of a knife.

9. Spread butter on the puto bumbong and place a small piece of panutsa (sugar cane sweets).

10. Add a small amount of grated coconut before serving. 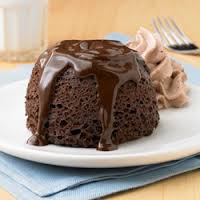 How to make mug cake: This mug cake is a lot healthier than your average slice of sugar filled cake, but the flavor is incredible! It’s very rich and moist and chocolatey, perfect for a quick and healthy dessert! Yield: 1 mug cake ⅛ cup peanut butter 1 tablespoon... 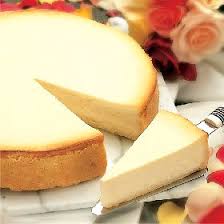 How to make Baked Cheesecake:   This is smooth and creamy baked cheesecake recipe filled with rich cream cheese and baked to perfection. This recipe will get non-stop compliments and satisfied smiles. Cheesecake is one of life's great rewards, this one is no... 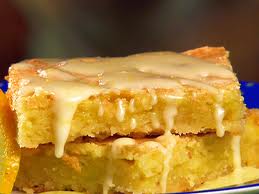